Let’s face it, most authors scratch their heads when it comes to figuring out where they should be in the Amazon machine. Oh, they have a general idea … but how in the heck does one drill down into some of the odd-ball categories so frankly, they can own it. With the millions (yes millions) of books in the “e” world popping annual, claiming the top spot(s) in categories can push book sales.

Doing a deep-dive into the backside of Amazon via the KDP Select dashboard, here’s what the folks at Amazon state via its link here: http://bit.ly/QSESvP

“Selecting a browse category for your book is a lot like deciding where your book should be shelved in a library.

When customers browse through the Amazon Kindle Store for books that might interest them, they are presented with genres and subgenres. By selecting browse categories, you decide which genres feature your book. KDP uses BISAC Subject Codes, an industry standard system, to help determine where your book should show up for browsing and searching customers. You can read more about the BISAC Subject Code system and see the most current list of Categories codes here:  http://bit.ly/1kf3iMP

When creating a new title in KDP, you may choose up to 2 categories for your book. To help determine which categories best fit your book, you may consider searching for other titles in the Amazon catalog that are similar to yours. You can then find the browse categories that are assigned to those titles by scrolling down the book’s detail page to the “Look for Similar Items by Category” section located at the bottom of the page. The categories you select for your book will be used to filter it into the most relevant customer searches and browse sections on Amazon.

Choosing the Best Browse Categories
There are three main criteria that will help you choose the best browse categories.

• Picking the most accurate categories. Make sure the categories you’ve picked correctly describe the subject matter of your book.

• Selecting the most specific categories. It’s better to choose more specific categories instead of more general categories. Customers looking for very specific topics will more easily find your book, and your book will be displayed in more general categories as well (for example, a book in the “FICTION > Fantasy > Historical” category will also show up in searches for general fiction and general fantasy books). You should only select a “General” category if your book is actually a general book about a broad topic.

• Ensuring the categories you choose are not redundant. Since your book will be displayed in a variety of searches by choosing even a single category, you shouldn’t place it in both a category and any of that category’s sub-categories (for example, selecting both “FICTION > Fantasy > Historical” and “FICTION > Fantasy”). Even selecting just one specific, accurate category is preferable to selecting an inaccurate category just to have a second category listed.

Categories With Keyword Requirements
In order to list your title in certain sub-categories, you’ll need to add Search Keywords in addition to the categories you choose for your title. Click a category in the list below to see the keyword requirements. The browse categories listed below are specific to Amazon.com with the exception of the Romance and Science Fiction & Fantasy categories which are also available for Amazon.co.uk.

There you have it … Amazon is the author’s friend; understand how to use it—be very clear on what your keywords are so that you can connect with the right categories and sub-categories. With keywords, think as your would on a Google search—do you put in just one word, or a phrase?  Rarely does just a single word get you anywhere but in a labyrinth of names and options. With each new, descriptive keyword you add, you narrow the avenues that lead closer to YOU and YOUR BOOK. The more we learn about getting behind the scenes, inside the Amazon-meister, we can help ourselves and our book.

If your game plan is to position and dominate a category, you need to know which ones your belong in.

If you are doing an Amazon bestseller campaign run, here’s a reminder for the magic link to ID your category … and good luck! http://bit.ly/PAIkdp Judith Briles is known as The Book Shepherd a book publishing expert and coach. She is the Founder of Author U, a membership organization created for the serious author who wants to be seriously successful. She’s been writing about and conducting workshops on publishing since the 80s. Judith is the author of 31 books including Author YOU: Creating and Building Your Author and Book Platforms (ForeWord Indie/Fab Book of the Year), Snappy Sassy Salty: Wise Words for Authors and Writers and a speaker at publishing conferences.

Become part of her inner circle by joining the Author’s Ark and exclusive monthly webinar and coaching event. Each summer, she holds Judith Briles Unplugged, a two and 1/2 day intensive limited to a small group of authors who want to be seriously successful. In 2015, the dates are August 27-29th.  Her audio and workbook series, Creating Your Book and Author Platform is now available. Join Judith live on Thursdays at 6 p.m. EST for Author U – Your Guide to Book Publishing on the Toginet Network at http://tinyurl.com/AuthorURoadio. Follow @AuthorU and @MyBookShepherd on Twitter and do a “Like” at AuthorU and Judith Briles – TheBookShepherd on Facebook. If you want to create a book that has no regrets, contact Judith at Judith@Briles.com.

If you are looking for FREE author and book coaching … call in to Judith’s Author Monday Mornings at NOON Eastern each Monday. The number is 218-632-9854; Access Code 1239874444 … have your questions ready–there’s a full hour to ask and listen. 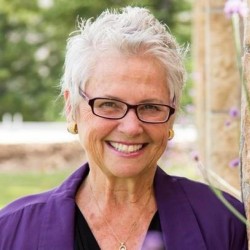 Was this helpful? Get more FREE tips and insight: Click the image above to have Amazon give 0.5% of your purchase price to the Colorado Authors Hall of Fame If you love independent bookstores like I do, I would encourage you to support yours--bookstores are the heart of many communities.

All you need to do is go to IndieBound.org and add your Zip code ... in seconds, all the indie book stores in your region will pop up. Please support them.

Sometimes called low content, my guest for this all-new webinar workshop calls it tiny content. I like that! Whatever it is—it’s all about doing just a small amount of work to generate on-going profits in[...]
View Calendar AuthorYOU provides the most comprehensive array of valuable and affordable resources an author needs. It’s a no-nonsense approach and gets thing…